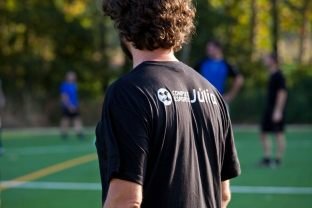 The origins of the Montclús’ castle are around the eleventh century. It was built by Guillem de Sesagudes and Montseny, who adopted the name of Montclús when he settled in this place, he married Gueralda de Cabrera, daughter of Viscount Guerau V. His son Riambau inherited the castle but had little time since He soon gave it to his uncle, Ramón de Cabrera.

It was in the fourteenth century when the works of the transformation of the castle into palace were carried out. It had jurisdiction over the parishes of Montseny, Costa, Fogars, Mosqueroles, Vilalba Sasserra, San Martin de Pertegàs, Santa Maria and Sant Esteve de Palautordera, Vallgorguina and Olzinelles. 1403 finalized the feudal dependence that the gentlemen of Montclús maintained towards the order of the Hospital of Sant Celoni since the greater barony of this has acquired it Bernardino de Cabrera. In the mid-fifteenth century, the castle of Montclús was still in the hands of the viscounts of Cabrera.

In the fifteenth century, the castle was in the process of transformation to become a palace, as shown by its large windows (west). However, it seems that the earthquake of 1448 prevented it. In 1508 the chapel of the castle was restored, and in 1739 the vicar general granted permission to transport the chapel, practically in ruins, to the field called Parellada.

The results of the archaeological investigation allow affirming that it continued being occupied until almost the second half of the XVII century. The castle was formed by upper and lower enclosure. In the first, the tribute tower stands out, around which different areas of the residence of the lords were distributed. The smaller enclosure was surrounded by the outer wall, which delimited the parade ground, protected the chapel, the stables, stables, and warehouses…

The documentation found later tells us that, the ancestors lived what is today the estate of Can Montclús. The oldest part dating from 1676, was dedicated to agriculture and livestock, which we believe lived until the end of the nineteenth century, where built the newest part of the current house, which has been superimposed on the oldest part, as has been seen with the ongoing rehabilitation.

For 60 years we have not been able to find documents that can tell us what the family’s history was.
It becomes a record that the house was occupied by Fidel Montclús, who died without a child. The year 1815, and left home as an inheritance to his brother Antonio Montclús, who came from Brafim (Tarragona), to take over the farm, and was dedicated to making grow and expand the properties of it. The house remained closed, until 2007, and from that year, the family plans to carry out conservation works. And it is Guillem Montclús who decides to take forward this new project, with the support of his entire family.